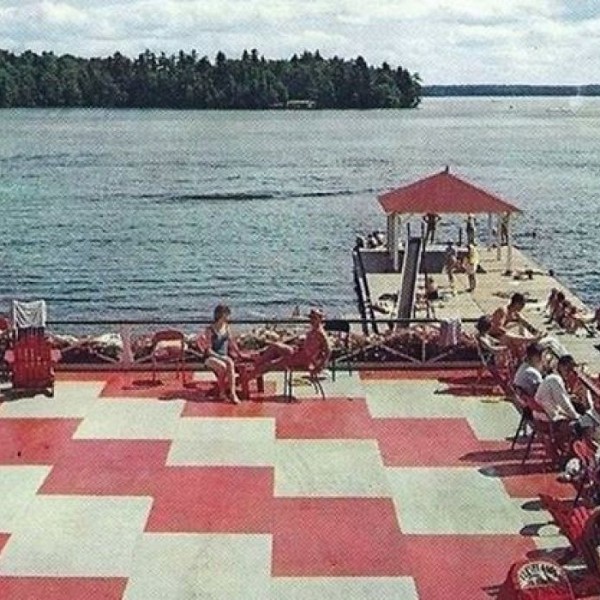 In 1869 Tolstoy published War and Peace, “Wild Bill” Hickok was elected sheriff of Ellis County, Kansas and Ulysses S. Grant was elected the 18th president of the United States. It was in that same year, Charles and Fanny Minett first built what would become Clevelands House on a peninsula of land between Lake Joseph and Lake Rosseau.

While the grand hotels and resorts of Muskoka's classic age have gradually vanished from the shoreline, Clevelands House is set to ring in its 150th year in 2019.

“When you walk these grounds there's so much history here. You can see it and you can feel it a little bit too,” says Doug Fowler, whose father Ken purchased Clevelands House in 2007.  “There are the pictures of the Segwun pulling up to the pier. You see the people with the long dresses, the white gloves and the big hats.”

It’s quite possible that some of the guests from those old photos might still have relatives visiting Cleves (as it’s affectionately known in the area) more than a century later.

“We have guests who have been coming here for 30 years we have generations of guests,” says Doug. “We have kids whose grandparents used to bring them here and now they bring their kids there.”

More than a century and half ago Charles and Fanny Minett came to the area by train and then by steamship before building a raft to take them on the final leg of their journey across Lake Rosseau.  The land was parceled out under the Free Grants and Homesteads Act, a government initiative that was designed to help settle the northern areas.

The Minetts, who had moved to Muskoka from the Toronto area, often had guests visiting during the summer months and eventually the idea of a hotel began to percolate.
The Minetts decided to name their new hotel after Charles's hometown of Bishop’s Cleeve in England, and by 1883 the final touches had been completed. There is some debate as to why the spelling of Clevelands was changed, but from 1878 onwards it was the only spelling of the name used.

The hotel was an immediate success. The Minetts doubled the number of rooms in 1887 and by 1891 they had added a third story to Clevelands House. At the same time they built a new dining room for the facility and an octagonal tower at the south end of Clevelands House. However, it was during those same renovations that Charles fell from a height breaking several ribs. The injury led to Charles contracting pneumonia, which would eventually claim his life.

Fanny continued on, expanding the property again to include a ballroom, more bedrooms, and tennis and croquet courts.

In 1904, the building changed hands for the first time - being passed down to Fanny and Charles's son Arthur and his family.

It was Arthur and his wife Alice who opened the Lake Rosseau Club in the 1920s. The dance hall proved to be wildly popular, drawing people from across the lakes and continued to be a hotspot right through the depression of the 1930s.

Clevelands House changed hands again in 1953, when a salesman for a Toronto newspaper named Ted Wright fell in love with the resort during a visit and decided to purchase it.

Under Wright, Cleves underwent a significant modernization project, updating the rooms and grounds and obtaining a liquor license in an effort to draw younger guests as well as conventions and parties.
In 1969, the hotel was sold to Bob Cornell who would go on to own and operate Clevelands House for nearly 40 years. Cornell was no stranger to the resort, having first visited in the 1940s and falling in love with the Clevelands House during that first trip.

Bob started working as a bellhop when he was just 14, working his way up to manager and he even met his wife Fran when she came up to wait tables at the resort some years later.

In the years after Bob purchased Cleves, he decided to put the focus once again on families, building a swimming pool, new cottages and modern tennis courts. The resort underwent continuous upgrades under the Cornells, adding more swimming pools, increased capacity, an on-site golf course and a fitness facility.
In 2007, the resort was purchased by the its current owners. Ken Fowler had been purchasing property in the area for decades and he eventually put an offer in on Clevelands, which the Cornells accepted.

The advent of the internet has had a dramatic effect on tourism and Cleves is no exception. Doug says more people are taking trips that last two or three days and they’ve had to adjust accordingly. Nonetheless, he says there are families that continue to take extended stays and have often been coming for generations.

“We call those people our VIPs but we’ve also got new people coming up that have never experienced Muskoka before. That's really nice to see,” says Doug. “I hear a lot from people who are there for the first time, just how peaceful it is and how beautiful it is. It's just magical, there's no question about it.”