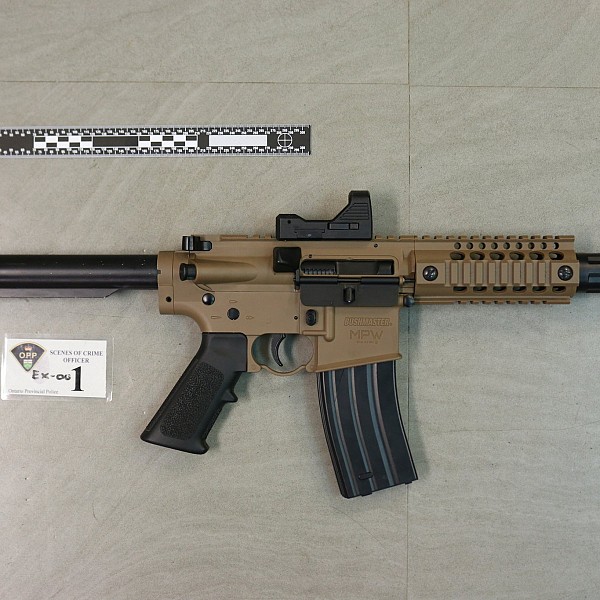 Police have provided more information on a weapons incident that took place of on Wednesday, August 10.

Police say that at approximately 8:15 p.m. an officer from the Huntsville Detachment was conducting patrol on West Rd. in Huntsville when they were alerted to a male shooting an air rifle while seated in a car. The air rifle was pointed in the direction of another person.

As a result of the investigation an air rifle was seized and 21 year old Tyson Hickey of Huntsville was arrested and charged with:

-      Use imitation of firearm while committing and offence

Police say that at the time of this occurrence Hickey was bound by a recognizance with the conditions of keep the peace and be of good behaviour and not to possess weapons.

-      Two counts of breach of recognizance

The investigation is ongoing and the OPP would like to speak with a male and female that were walking their dog on West Rd. at the time of this occurrence.

Hickey was released from custody and is scheduled to appear in court on September 27, 2022.