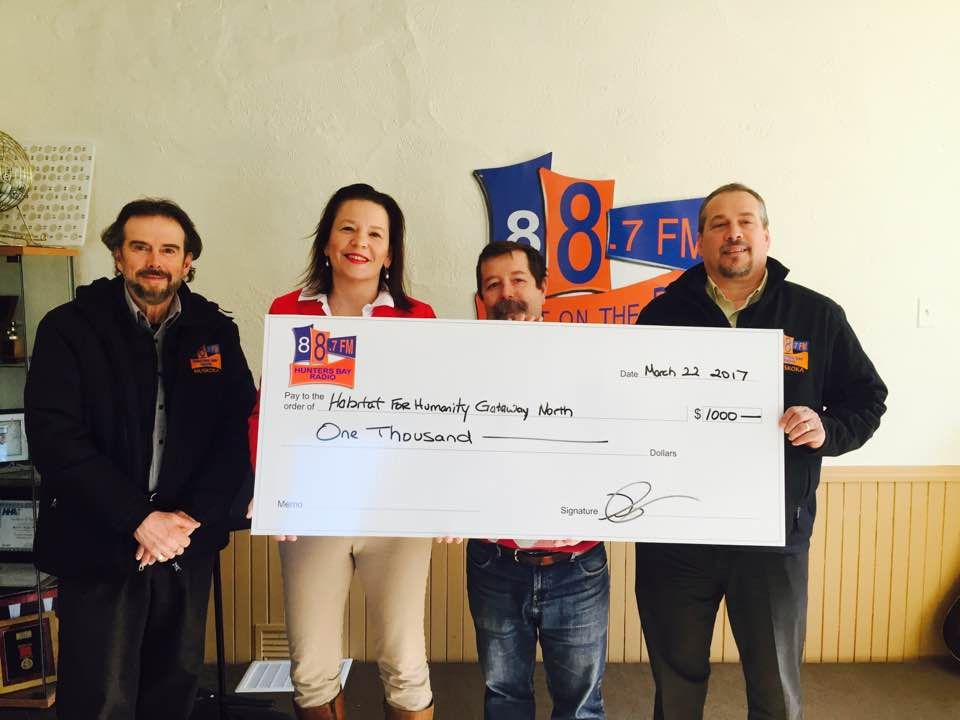 Besides being Muskoka's Only Community owned radio station, Hunters Bay Radio supports the community in a variety of ways:

We can also partner with not for profit organizations to sponsor their events and provide a live presence at the event to help the event become a success. 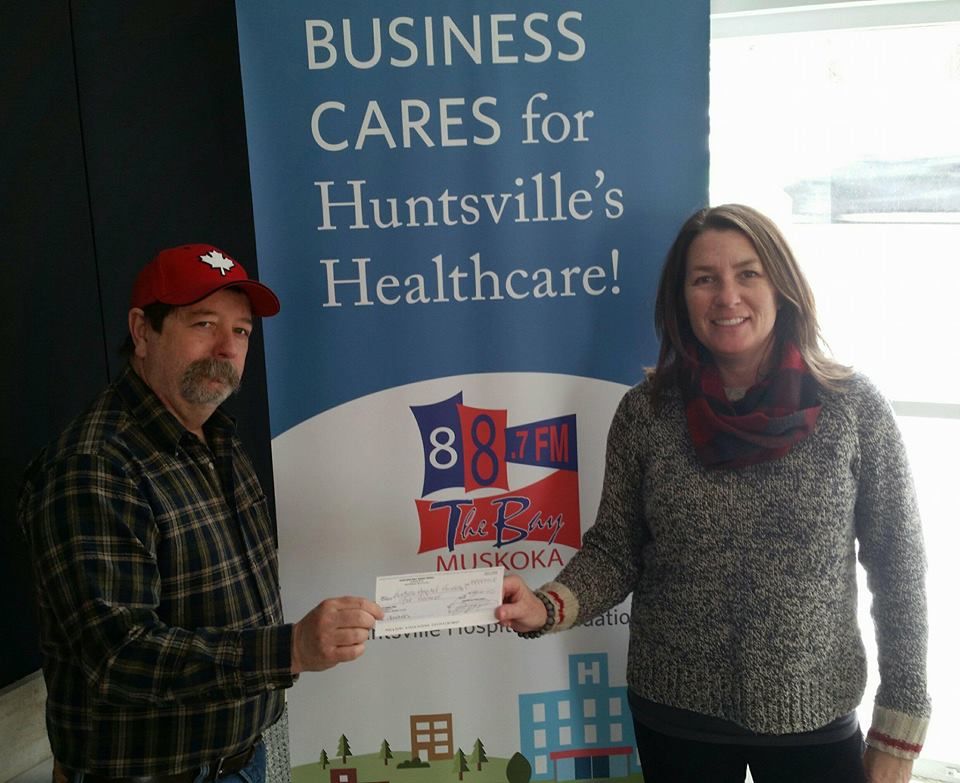 DONATIONS TO COMMUNITY GROUPS
Hunters Bay Radio donates thousands of dollars to not for profit organizations in the region from funds derived from their weekly radio bingo.

In 2017 over 46,000 was dispersed in donations to groups including Huntsville Hospital Foundation, Hospice Huntsville, Habitat for Humanity and area food banks.

Hunters Bay Radio together with our partners, Bullock's Independent Grocer, Dairy Lane Dental, Hutchison Sand & Gravel, and Dreams Becoming Reality formed The Bay Food Crew to ensure that every family in Muskoka who were in need of a Christmas Food Basket recieved one. In all, we supplied over 1,000 families with enough food to get them through the holidays.

What became apparent as we delivered to seven area food banks just prior to Christmas was the on going and growing need in the community, with food banks reporting a 400% increase in the amount of families they served.

The Bay Food Crew have committed to helping to feed the hungry through out the year with a variety of events and fundraisers.

FREE CONCERTS
In addition to supporting local musicians by playing their music, we also arrange paying gigs for musicians from time to time. The venues for these concerts are free to enter to the general public.