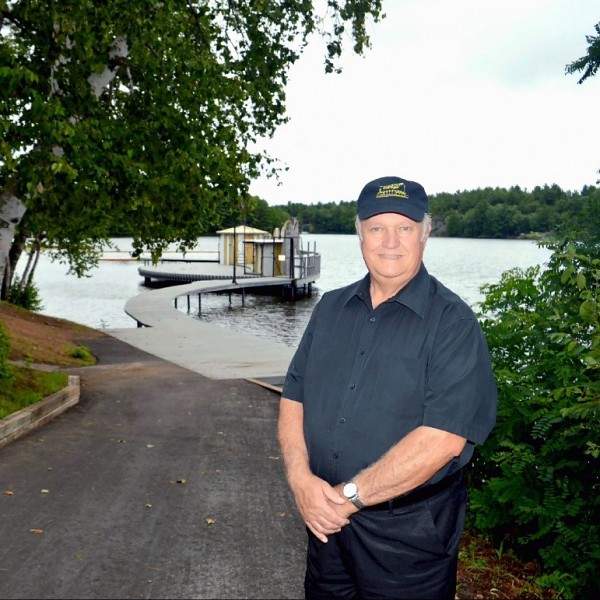 At last night’s council meeting Gravenhurst Council unanimously supported a motion to recognize long-time volunteer, employee, and community champion Fred Schulz for his years of hard work, volunteerism, and dedication to the Town.

Schulz was recognized earlier this summer by Mayor Paul Kelly at the July 10th Music on The Barge, for 50 years of service organizing the concert series, a place he was first introduced to by then Mayor Wanda Miller who asked him to become a collection taker.

Mayor Paul Kelly said “Council is thrilled to get the wheels in motion to forever celebrate a man that has brought so much happiness and entertainment to our community, not only for Fred’s contributions to the Barge, but beyond in numerous community activities and initiatives he’s had a hand in.”

In the motion approved by Council on August 9th, staff have been directed to review the feasibility and costing to purchase and install a sign at the entrance pathway to the Gull Lake Rotary Park Barge.

Schulz told council that he is honoured to have a walkway in Gull Lake Rotary Park named after him.