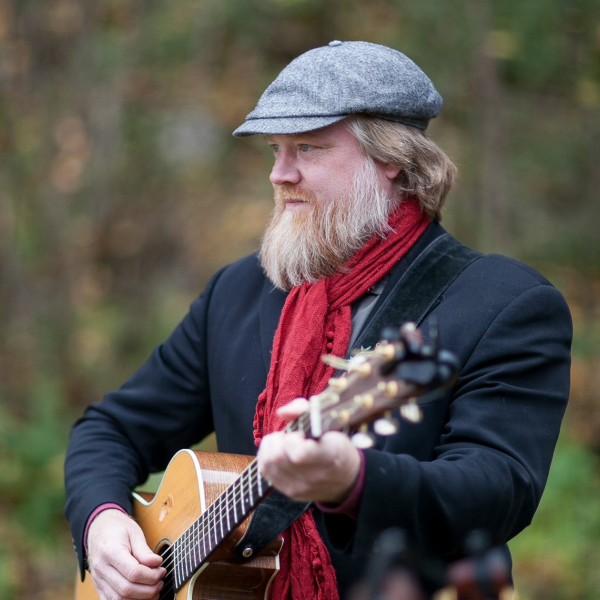 It’s no secret that the pandemic put a wrench in the live music scene, and while that hasn’t necessarily stopped Burk’s Falls musician Sean Cotton from playing music for an audience over Zoom, he says it’s not the same.

“For me personally, it doesn’t thrill me to do because you’re just not connecting. You’re not having an immediate connection,” says Cotton. “It feels more like work to be performing the live stream.”

Part of playing live in front of a crowd, he says, is about connecting with the audience, seeing the way they enjoy the music.

In the fall of 2020, Cotton was able to play live music in person in Muskoka for an audience with a six- and seven-piece ensemble. Cotton says that during this time musicians aren’t being paid enough to pay their mortgages, but he saw this as an opportunity to take the financial pressure off and play his heart out anyway.

“In Bracebridge Hall we were able to expand it to a seven-piece band and really just bringing music back in a way that hasn’t been seen in Muskoka for a long time,” he says. “I think the more we can do that, just to create that celebration around music and the live experience and bring back something that we lost even before the pandemic.”

A new expectation is arising from musicians now and when the pandemic is over, according to Cotton, because prior to the pandemic, live music was “relegated to the corner.” During a live performance in the fall, Cotton was approached by someone after the show who said “this is what we’ve been missing, it was a religious experience to hear musicians playing their hearts out.”

Before taking music seriously, Cotton was prepared to attend a visual arts program at York University to become a visual arts teacher, but changed his mind last minute.

“I wasn’t as turned on by the sort of solitary experience of being a visual artist, versus the social experience of playing music.”

The solitary experience can be compared to playing live music for an audience over a streaming platform, but that didn’t stop him from releasing a new album called Almaguin Gothic with the help of his 20-year-old daughter. The album is folk-rock music.

Cotton had a passion for a music as a child when he was old enough to notice his father’s hobby band and see what was possible. Over the years, he has played a variety of styles and cross styles of American roots music because that’s where his heart resonates. Under this genre falls music influenced by blues, R&B and classic country and funk.

Almaguin Gothic can be found on many music streaming platforms such as Apple Music and Spotify.

GOT A HOT TIP OR STORY YOU WANT US TO COVER?
Send a message to hbr@muskokaradio.com